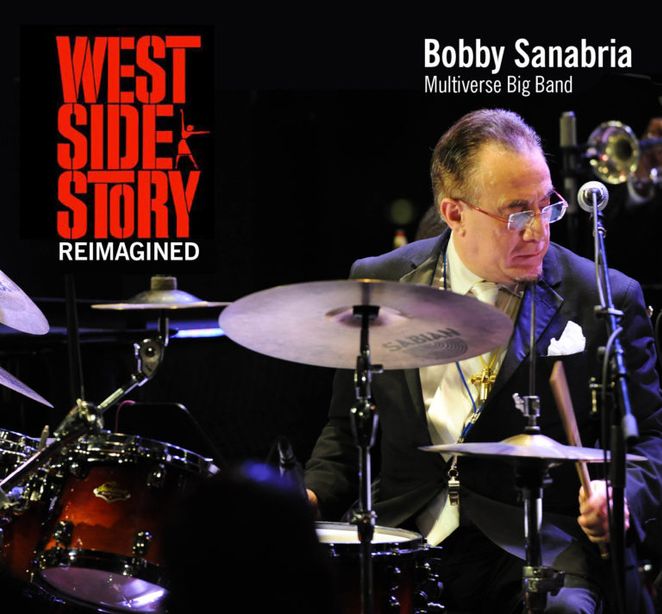 The latest nom is for his Multiverse double-disc release, West Side Story Reimagined, which delivers an adventurous modern spin on Leonard Bernstein’s 1957 musical theater masterpiece. One critical theme of the work—as immortalized by “America”—is the plight of the Puerto Rican community striving for equity and justice. Because that ongoing struggle today encompasses ever more incoming cultures, Sanabria has expanded the score’s rhythmic vocabulary to span across Latin America as well as encompass African, jazz, funk, and R&B elements, all framed in fresh imaginative arrangements. Driving his twenty-one-piece band, Sanabria’s vivacious kit work delivers all those influences in innovative combinations. Recorded live at Dizzy’s Club Coca-Cola in Manhattan, it’s a thoroughly thrilling event.

Bernstein’s timeless piece holds added resonance for Sanabria, a New Yorker of Puerto Rican descent, giving his updated vision a sociopolitical wallop. “Besides being a tribute to Bernstein’s centennial,” he notes, “most of the money will go to the Jazz Foundation of America’s Puerto Rico relief fund for hurricane victims.”

How does the multifaceted drummer command his massive project? “Driving a big band, you have to have the subtlety and nuance of a small group drummer along with the power and muscle to hold a band of that size together,” he says. “But most of all, you have to inspire it.”